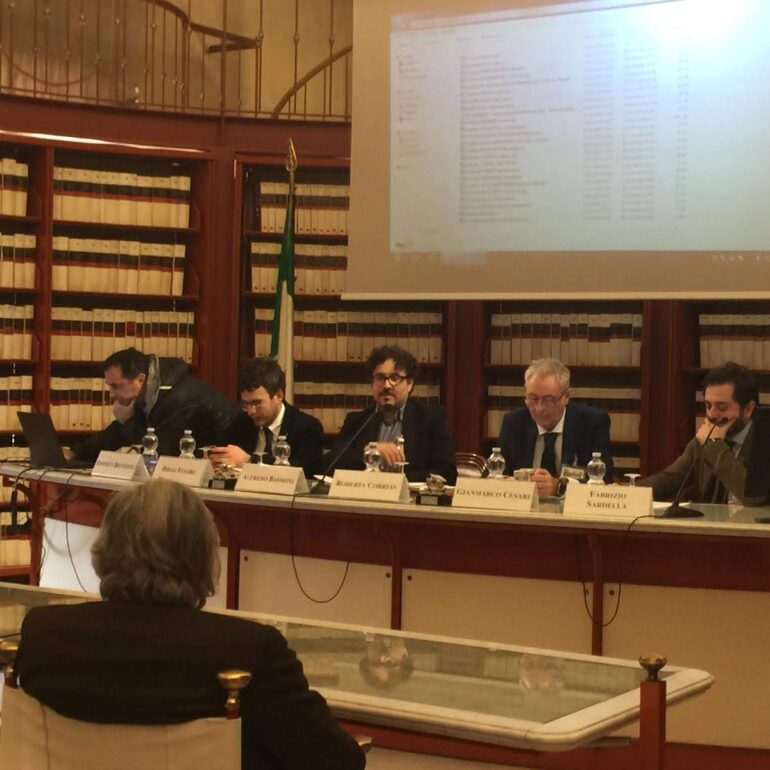 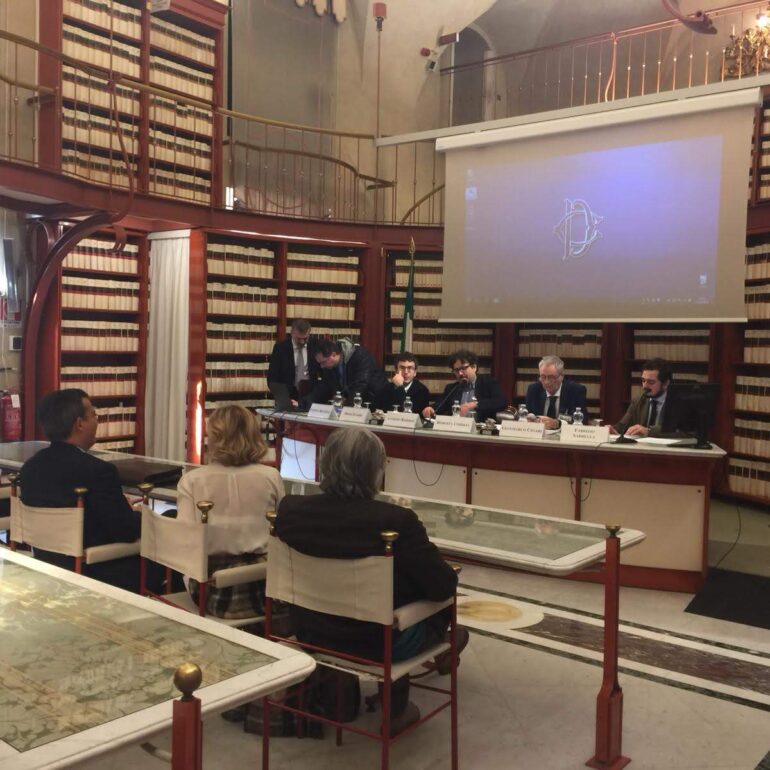 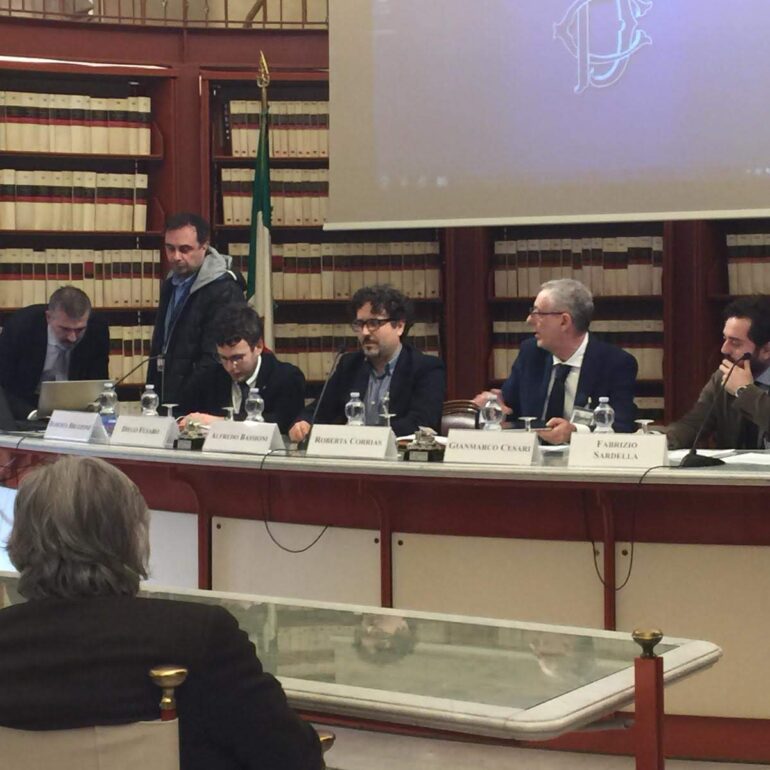 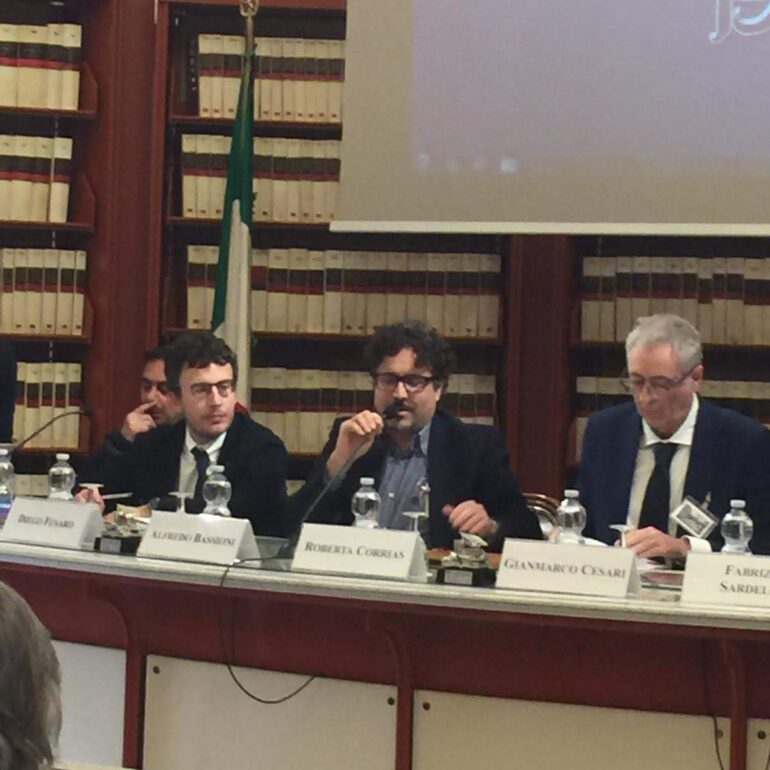 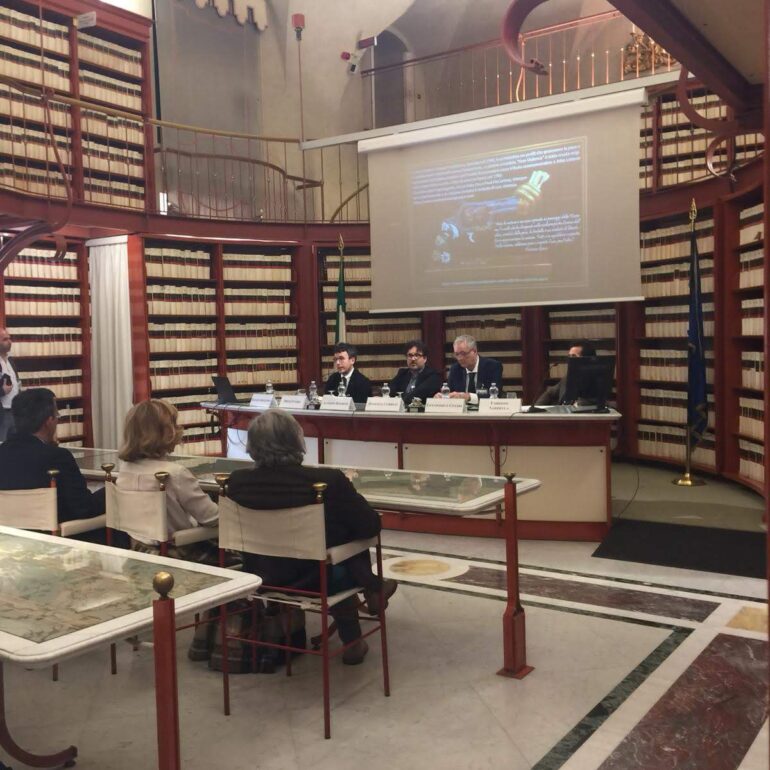 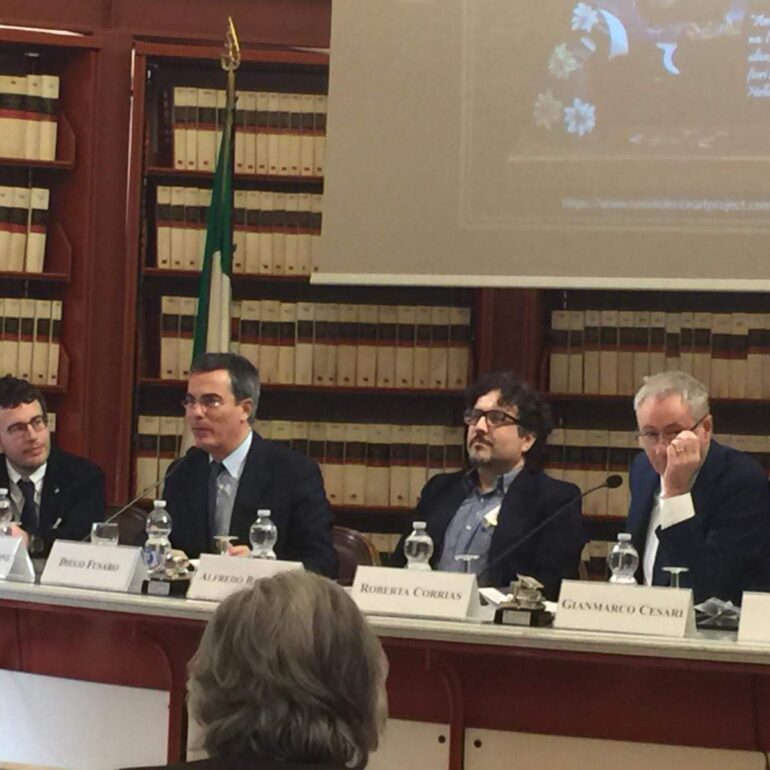 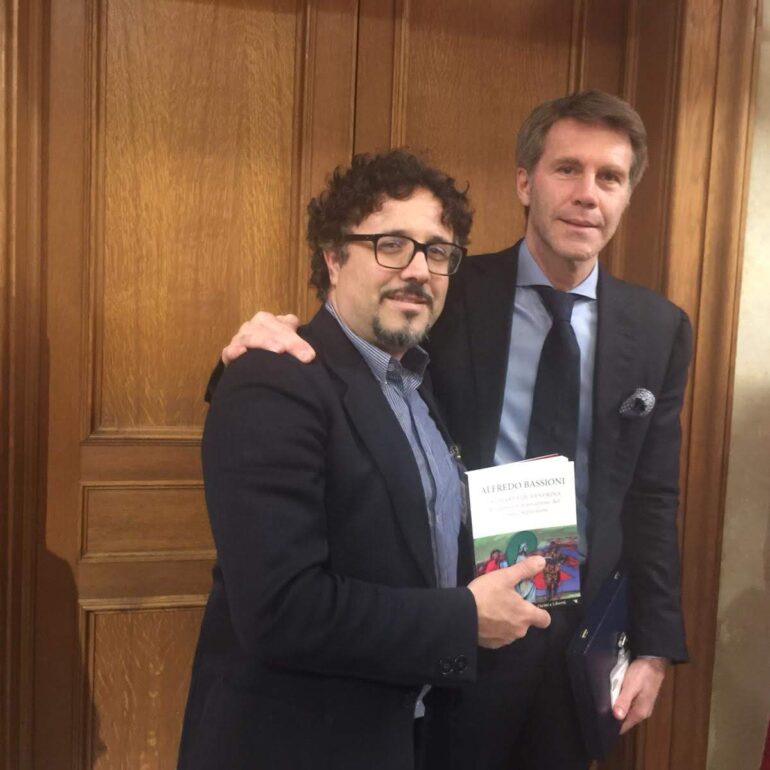 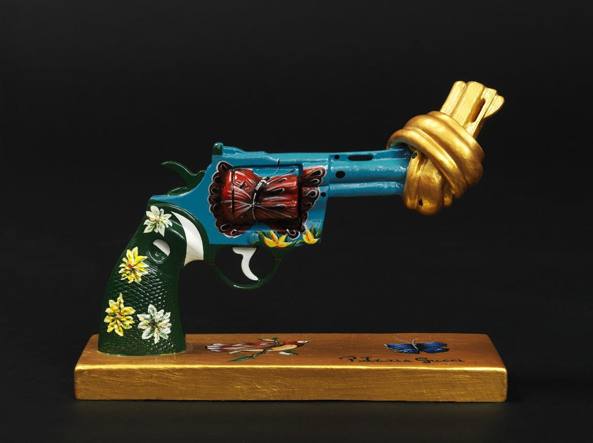 Library of the Chamber of Deputies - 2019

In the wonderful institutional library of the Chamber of Deputies, we presented the essay “La Charta Quarnerina” by Alfredo Bassioni, which inaugurates the ARTinGENIO legal series “Rights and freedom”.

The book was presented by the Publisher, Francesco Corsi, also author of the Preface, in the context of the prestigious Prize dedicated to Falcone and Borsellino, together with the jurist Gianmarco Cesari, the TV journalist Marcello Floris, the philosopher Diego Fusaro.

Awarded Antonina Giordano and Ilaria Leccese, authors of the book 'Collaborators of justice and organized crime offenses. Special prizes awarded to Giovanni Floris, Emanuele Filiberto di Savoia and Patrizia Gucci, the authentic Gucci of the fourth generation of the family of the well-known brand, for his social commitment to promoting peace and for the work of art that interprets the famous pistol knotted by the Swedish artist Carl Fredrik Reuterswärd.

In the contemporary climate in which freedom and rights seem to have become the prerogative of more or less declared global powers, D'Annunzio's document becomes extremely topical in drawing attention to an idea of ​​democracy that belongs to the people with the main purpose of producing the culture of collective happiness. The Carnaro Charter proposes the cultivation of a sense of belonging that is achieved through a culture that is not only about work, but also about security and identity, as Gustavo Zagrebelsky would also say. The experience of Fiume is by Gabriele D'Annunzio "the extreme stronghold of Latin culture, it is the last bearer of the Dante sign". Through the centuries Dante's Carnaro remained Italian. An experience of belonging, beyond the formal aspects, for a lived and shared identity, while respecting the peculiarities and riches of the different traditions. Bassioni underlines how “common life is made ever more vigorous and richer by the harmonious interplay of diversity”. To allow this, it is highlighted that the way forward is diametrically opposed to that implemented by the contemporary political phenomenon which tends to an Orwellian globalization: the Rijeka's Regency of democracy in fact "abolishes or reduces the overwhelming centrality of the established powers".

(From the Foreword by Francesco Corsi)